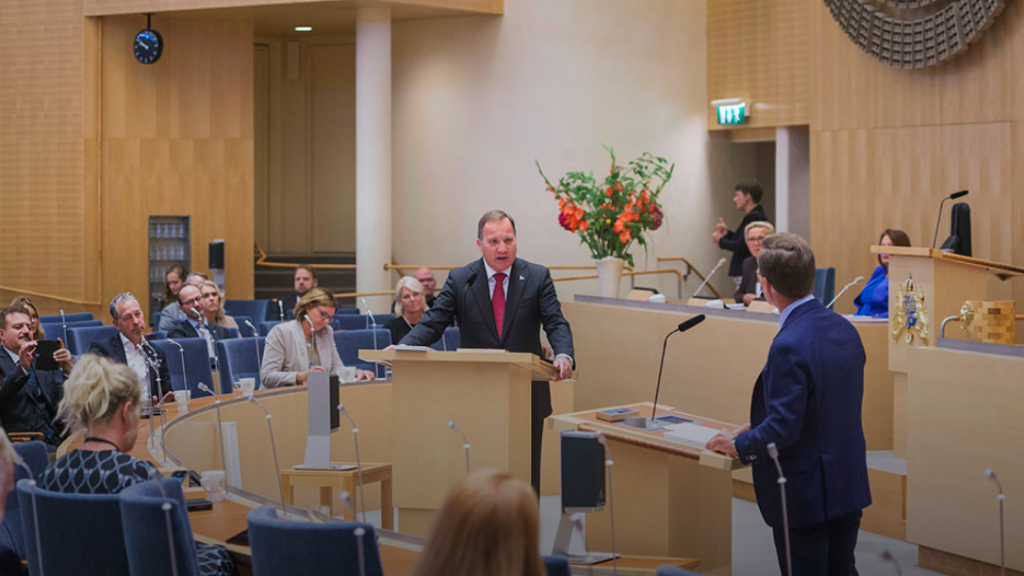 A multimodal study of the configuration of terrorism in parliamentary debates, legislation, and policy networks in Sweden 1968–2018

How has terrorism been debated in Swedish? SweTerror is a significant contribution to research on the history of terrorism in Sweden by analysing how the concept of ‘terrorism’ has been formed by parliament, government and other central actors. Terrorism became a Swedish issue around 1970, with for example the Bulltofta skyjacking in 1972 and the West German embassy siege in 1975. In the five decades that has passed, we’ve seen a number of events that has kept terrorism in the forefront of Swedish debate, including the murder of Olof Palme, Sweden’s participation in the Afghanistan war, the ‘FRA’ law, and the truck attack on Drottninggatan in Stockholm. Notwithstanding, research on political terrorism debate has been limited. In SweTerror, we process a major cultural heritage archive that has been neglected in research: the audio recordings of Swedish parliamentary debates. The project is unique in Sweden and stands out with respect to similar international efforts in focussing on analyses of the actual audio recordings, rather than summaries and transcripts. The audio is central for the understanding not only of what was said and by whom, but how it was said. The project is strongly inter-disciplinary in the real sense, and establishes broad view of the topic by unifying the efforts of notable researchers from half a dozen disciplines: speech technology, language (text) technology, digital humanities, linguistics, media history, history and political science. The analyses methods and enriched data from SweTerror become persistent results in a research web portal presenting the complete parliamentary text and audio materials under open access principles. The SweTerror research portal also makes for a blueprint for future digital heritage research projects – instead of terrorism, researchers can utilise our methods to study other contentious Swedish political issues, such as ‘löntagarfonder’, submarines or pandemics.